I got the one on the right as a backup and used it a few times with my NEX-3N (fitted with Sony 16-50mm f/3.5-5.6 OSS) when the original was done. Never noticed and problems with it.

But yesterday I put the Power3000 battery in my NEX-7. With 80% power still left in it, it refused to focus. You read right: the cheap battery rendered my beautiful NEX-7 useless. After resetting the camera a few times and tweaked the settings, I changed the battery with the original one. It worked like a charm.

And the NEX series has the same problem with the focus when the battery is low. 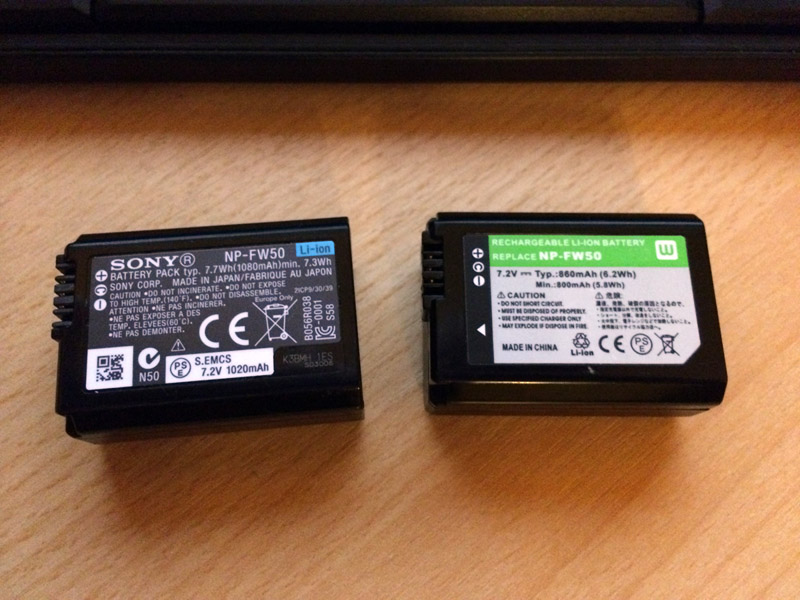