We want change, but not really

People are somewhat surprised that the presidential candidate with most votes, Hillary Clinton, will not be president. 2 million votes more and the loser of the elections will be president, because of the electoral votes and all that. They forgot the same thing happened in 2000, when Al Gore lost to George Bush. Gore had more votes, but Bush won.

A reasonable person would think that a faulty system would be changed after that. But here we are, 16 years later, the same. Nice job, America! 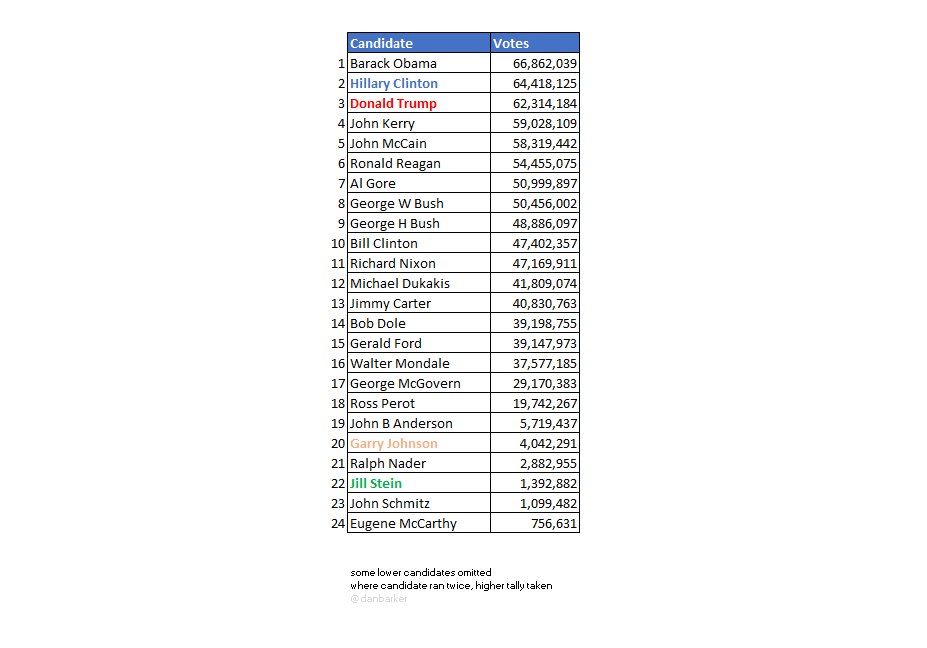