Adamescu family and lots of lobby

You may have seen this article from Forbes or this one from The Telegraph. They are both about Alexander Adamescu and his dad, Dan Adamescu, and their legal battles with the Romanian authorities.They are paid by a lobby firm, Amsterdam & Partners LLP, working to defend the reputation of both Adamescu. Why would they need that?

Well, it’s a long story. The short version is this: Dan Adamescu is a Romanian businessman that won a lot of money while his businesses failed, and when he could not pay for protection from corrupt officials, he started to have legal troubles. He is now in jail and his son ran away from the law, because he helped his dad in all kind of illegal activities.

What the lobby firm angle is: “the freedom of the press is threatened by Romanian authorities wanting to take control of “Romania Liberă” newspaper. Not true.

First, “Romania Liberă” has a a circulation of about 5.000 copies, to a population of about 18 million people. It’s not a big newspaper anymore, because Dan Adamescu had to fire 2/3 of the staff when he ran out of money.

Why he ran out of money? Well, he was using the money from a insurance company, Astra, to finance the newspaper. And the insurance company made money by selling cheap policies and refusing claims. They were famous for it and complaints pile up against them. When they were too many to ignore of cover up, Astra’s license was revoked and Dan Adamescu had to go to prison.

His son ran and hid and is now leading a lobby campaign to not be extradited to Romania to stand trial for helping his dad. The story The Telegraph printed? The police said two black men jumped her and tried to rob her. Why would anybody want to kidnap her? To to what with her? He isn’t part of any trial, this is not some Eichmann stuff here. It’s just desperation, lobby and lies.

Nobody wants control of “Romania Liberă” newspaper. The government has bigger newspaper under control and much powerful media outlets. 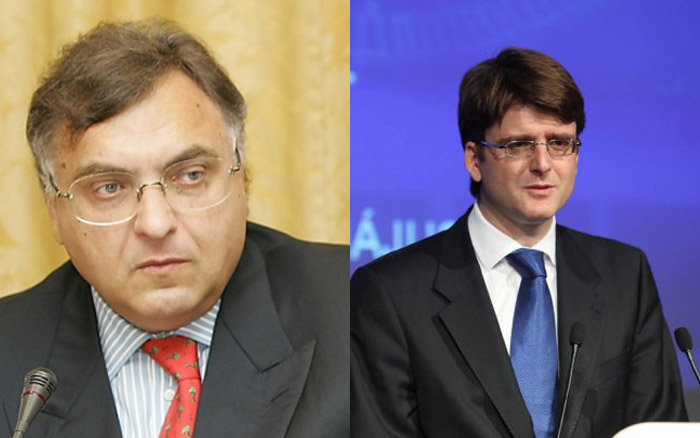