What happens in Romania these days

On December 11 2016, Romania had parliamentary elections. Our political system works like this: the party with most elect senators and deputats propose someone to be the Prime Minister to the President, who says yes or no. If it’s a yes, that person forms the Cabinet and starts ruling. So, PSD (Social Democrat Party) won 45%, they enlisted a smaller party (ALDE) and propose someone (Sevil Shhaideh) to President Iohannis (yes, a nationalist party proposed a Turk national to a German national president, that diverse we are). He refused on grounds of not enough experience and a husband with ties to Siria. The second proposition was an equally little known Sorin Grideanu, which the President accepted.

The first order of business was a brutal attack on the justice system. They planned an Emergency Ordinance (which is a decree that the Govern can publish and act on without the approuval of the Parliament) to

Now, some other problems:

Last night, Prime Minister Grideanu faced half a million people protesting and all he did was change a little the “abuse of office” decree, hoping to buy more time. 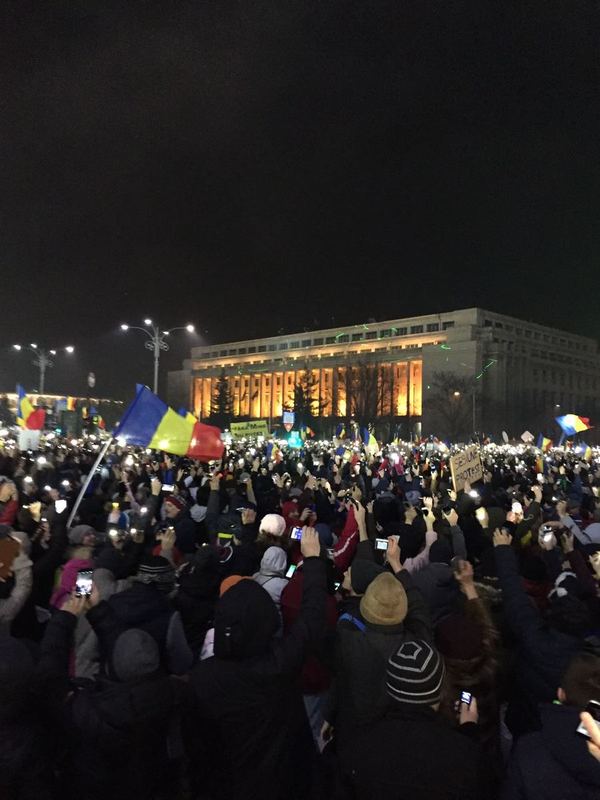