An explanation about Antena3 and our weak politicians

These days, a media trust fights eviction, but they don’t fight just that. “Intact” fights the state, the politicians and common sense.

A little bit of history

Intact Media Trust was founded by Dan Voiculescu, a businessman emerged from the old Securitate. In his autobiography, we find two interesting facts about his wealth:

Voiculescu claims that he saved money, 30.000$, to start his first Romanian company, Grivco, in 1991, but many suspect, and some documents prove it, Crescent was a Securitate-led operation, the same way the CIA was selling drugs and guns to people. With this money he started companies and bought his way intro the public eyes.

Also, Dan Voiculescu was found (by the court) to be a Securitate informant, snitching on foreign citizens and relatives.

He started a small party with no significance, but his influence and money bough him a seat on the Senate in 2000.

In 2005, Antena3 news TV station was introduced and his trouble begin. Traian Băsescu gained the presidency in 2004, while Dan Voiculescu’s party was in an alliance with the losing side. Unable to form the government (needs to be approved by the Parliament, where Băsescu’s party was outnumbered by a few votes), Băsescu lured Voiculescu into the government in exchange for a few minor ministry seats, while declaring this was “an imoral solution”.

Trouble began around a few years later, when Antena3 sided with another presidential candidate, Mircea Geoana, who lost. The problem was not only this, but the constant pressure by the Justice not only over Voiculescu, but over a lot of PSD, the main political force in Romania, a socialist party filled with corrupt individuals. These individuals found out they could pay (not always money) to act like victims on Antena3, serving the TV station with ammunition against the president and the Justice Department, who were harassing their boss.

While all this was going on, the public discourse of the presenters escalated to very rude and inappropriate towards the president (who was frequently presented as one-eyed drunk, who sleeps with women-politicians) and others who supported him. While most of their accusations were untrue (to my knowledge, the president has some health problems and cannot drink), they had some success, as a few of president’s close allies were and are accused of corruption. Sometimes the presenters mocked physical appearance, other times mocked their names, scaring people to go against them.

At this point, they declared the president as their biggest enemy and an enemy of the state.

Their biggest success was a set of video recordings made by gypsy businessmen who were doing something with the president’s brother. While the tapes are unclear and never been released to the public, Antena3 bought them and released a montage made to insert the idea the gypsies were giving money to the brother in exchange for their clan leader to be given a non-prison sentence for stabbing somebody.

Băsescu ended his second term in 2014 and Antena3 supported Victor Ponta, the leader of PSD. Klaus Iohannis, his strongest opponent, was presented as a child trafficker (he did serve in two occasions as a translator for German couples seeking to adopt Romanian children), slow-minded person, corrupt, not Romanian and others. Ponta lost the presidency, mostly due to young voters and people working outside Romania, who saw him as a corrupt, lying fraud. So, Antena3 was not only speaking against Băsescu, he was speaking against young people and hard-working people outside Romania, while relying heavy on the old and uneducated (coincidentally, the main voters of PSD).

In 2008, prosecutors started a trial in which Voiculescu was accused of buying very cheap a company (ICA) that owned a lot of land in a very good part of Bucharest. The trial was postponed for several years, with all kinds of lawyer gimmicks. When all this failed, Voiculescu resigned two times from the Senate, causing the trial to be moved and started again to a different court (regular courts cannot judge senators and such).

In 2013, the trial was concluded and Voiculescu sentenced to 5 years in prison. He appealed and things stagnated for another year. In 2014, a new judged, specialized in money laundering, held hearings for 2 days and sentenced Voiculescu to 10 years in prison as a final sentence, while asking for a 60 million euros prejudice to be recovered from him and his family.

After the trial and current events

The state seized some assets that were on his name, some on his daughters (who own, in name, all the businesses). One of those assets is the land of ICA, on which Voiculescu build a tower for his media business. Recovering anything is done very hard, an army of lawyers fighting it, while Antena3 scares everybody who goes near those assets.

One year and a half later, the Romanian IRS (ANAF) announced they intend to evict Antena3 from the building. All hell broke lose. Profiting from the slow and scared bureaucrats, Antena3 started a victimization process on TV, mainly claiming freedom of the press. They accused ANAF of all kinds of improprieties, mainly refusing to negotiate a new lease contract. They did not mention they pay now a rent of 5.000€ per month, so low for a place where 5 TV stations reside.

Scared, senators put on a lousy show, citing freedom of the press in a commercial matter. Not only this, but the Romanian president, Klaus Iohannis, and the prime minister, Dacian Cioloș, both victims of Antena3 false accusations and misinformation, declared the eviction too harsh and an attack on the press. ANAF backed down, announcing they intend to sell the building.

And here lies the problem. One state entity tries to do something legal. The president and the prime minister oppose it. Of course, ANAF, as any financial police, is not a delicate organisation, but the country cannot escape corruption if one entity scares the judges, prosecutors and politicians into not applying the law. 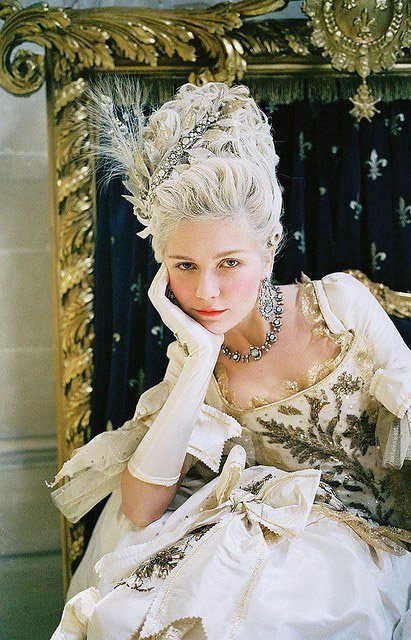